Added a latest updates widget to homepage which will bring you the latest news from my website or the things I do in general. You’ll be able to find the update along with the event date, and a details button below. Pressing the details button will show the details of a particular update.

Jieshuo / Commentary screen reader for Android can be downloaded directly from my website Starting from early june 2020. You’ll always have the chance to find the most up to date APK file within the downloads page. As the time of writing, the downloads count for Jieshuo hit over 4200. Thank you for your strong support.

Posted an addition to my internet memories. This one contains two interesting memories from 7 years ago. Enjoy!

I was featured on the Engelsiz erişimli saatler radio show once again, had two hours talking about my Turkish braille table project within Advanced Braille keyboard Android app for the blind. Also answered questions about the Envision app, the glasses and our summer sales. Listeners also had the chance to win Envision subscription giveaways.

Reviewed the Subscription Android app developed by simolation. This subscription tracking app is a beast. Go check out my review.

View all the updates 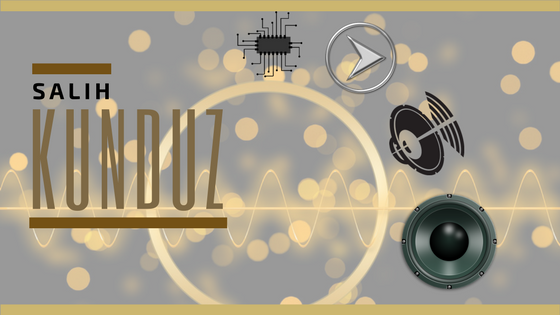 Eurovision 2019: Loving you is a losing game

It’s already may and I’m here again for this year’s eurovision post. 64th edition of the Eurovision song contest took place in Tel Aviv, following Israel’s victory last year in Lisbon. The host venue was the 7300 seated Expo. In this post, I’ll continue with the tradition and will share the highlights from the contest.

There have been many controversies right after the Israili victory about when and where the contest would be. There were some rumors about Jerusalem being the host city but a lot of countries declared that they would boycott the contest for such behaviour. Finally there was a step back and Tel Aviv announced as the hosting city.

Unlike 43 entries competing last year in Lisbon, A number of 41 countries competed following the withdrawal of Bulgaria, and Ukraine right before the contest. There were returning artists including Sergey Lazarev, who represented Russia in 2016 by taking the 3rd place and Serhat, who represented San Marino but couldn’t make it to the final in the same year. Joci Pápai of Hungary was participated in 2017 and he returned after 2 years.

In the first semi-final, Cyprus, Montenegro, Finland, Poland, Slovenia, Czech Republic, Hungary, Belarus, Serbia, Belgium, Georgia, Australia, Iceland, Estonia, Portugal, Greece and San Marino took to the stage respectively. From those 17 countries, Greece, Belarus, Serbia, Cyprus, Estonia, Czech Republic, Australia, Iceland, Sanmarino and Slovenia were able to make it to the grand final. The results were pretty fair to me. The surprise of the day was Belarus and San Marino. Serhat gifted the second final to San Marino in their history.

For the second semi-final, Armenia, Ireland, Moldova, Switzerland, Latvia, Romania, Denmark, Sweden, Austria, Croatia, Malta, Lithuania, Russia, Albania, Norway, the Netherlands, Northern Macedonia and Azerbaijan took to the stage respectively. Among these countries, North Macedonia, The Netherlands, ArnAlbania, Sweden, Russia, Azerbaijan, Denmark, Norway, Switzerland and malta were the 10 countries qualified for the grand final. The results were okay but I was a bit scared till Malta announced the least country to qualify to the grand final. This is why they announce results in random order.

The So called big five since they provide the most financial support, Germany, France, England, Spain and Italy, the twenty countries from either semi-finals and the host country Israel completed the grand final line up. With combination of the points from the professional jury and televoting, Duncan Laurence who represented the Netherland got 492 points and won the contest with the song arcade for his home country after 44 years. They will be the hosting country for the 65th edition in 2020.

His real name is Duncan de Moor and was born in 11 april 1994. Started his musical carreer in Tilburg Rock academy. He also can play the piano. He haven’t published any official album or single before the Eurovision song contest.

My highlights from the grand final

Arcade was my favorite song from earlier and I’m so happy that my favorite won in this year. Was thinking that he could be the winner as he placed 3rd after the votings from jury.

North Macedonia and San Marino received the highest points in their history respectively. Switzerland made the highest rank after 26 years.

Not sure if it’s because of the main broadcaster, but I haven’t really enjoyed the audio quality. I complained of a similar problem for the final in Ukraine. The presenters Erez tal and Bar Refaeli have done well in my opinion.

Madonna’s performance was amazing but what everyone talks about is Iceland’s Hatari holding up Palestinian flag as the results were announced. They have received a lot of positive reactions from all over the world. Madonna’s performance during the show also featured the Palestinian flag on the back of one dancer’s attire, alongside the Israeli flag on the back of another

The tradition continued and the so called big five were terrible for the results. Only Italy could make it to the top 10. France 14th, Spain 22nd, Germany 24th and the United Kingdom 26th. If there wasn’t such a rule, we could have much better songs from the semi finals.

Here are my points

12 Points go to The Netherlands

Highlights from the Eurovision Song Contest 2018

Should you really buy an iPod Touch in 2019
Published inMusic